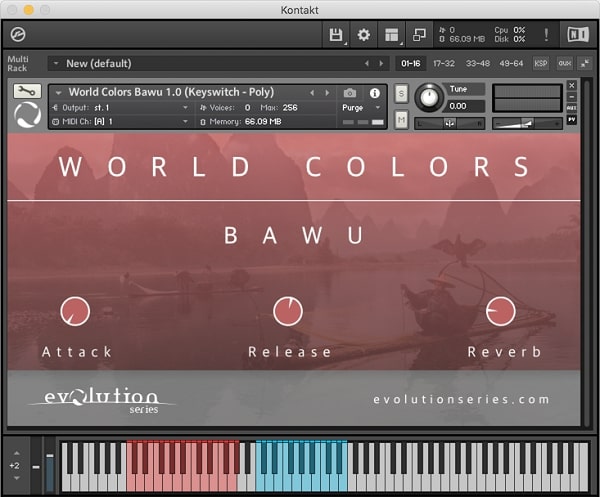 The bawu is a Chinese wind instrument. Although shaped like a flute, it is actually a free reed instrument, with a single metal reed. It is played in a transverse (horizontal) manner. It has a pure, clarinet-like timbre and its playing technique incorporates the use of much ornamentation, particularly bending tones.

The bawu likely originated in the Yunnan province of southwest China, it has become a standard instrument throughout China, used in modern Chinese compositions for traditional instrument ensembles. The instrument is also closely associated with Hmong, Yi, Hani and other minority cultures in southwestern China. It is typically used as a solo instrument, and is often featured in film scores; it is sometimes also heard in popular music recordings.

Although the bawu is still predominantly performed in China, it has in recent years been adopted by European composers and performers.

A brand new, but for some reason not yet released instrument. This library was completed and ready for sale in December 2019. At the moment, the Evolution Series website does not have information about World Colors Bawu. There is no user manual in this release. For this reason, I will simply list the main characteristics of the instrument.