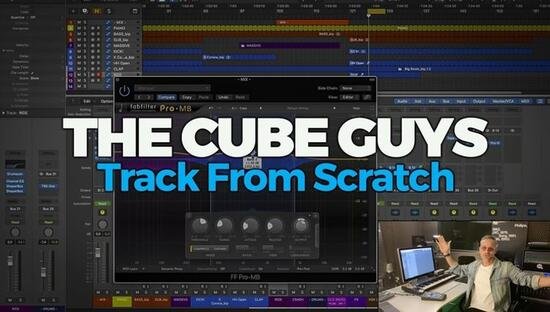 The Cube Guys is a club undertaking that was born in 2005 between two of the most prominent producers in Italy: Roberto Intrallazzi and Luca Provera. Although their backgrounds and professional training differs, their common desire to release new productions and contribute to the international club scene is the same. Together, they combine their previous experiences and endeavors to launch a fresh and innovative musical journey.

Roberto Intrallazzi began his musical career in the latter part of the 80’s and beginning of the 90’s as part of one of the most successful projects of the ‘made in Italy’ dance era, F.P.I. Project. Their track ‘Rich in Paradise’ received worldwide acclaim and was one of the first house music releases to come out of Italy. Over the 90’s decade, his sound evolved into more like ‘house’ of today with influences from electro of the 80’s. The combination of the strong energy and search for new rhythms typical of the 80’s along with the contemporary minimal-electronic sound further assisted with the development of Roberto’s style.

In 2000, Roberto Intrallazzi met the DJ and producer, Luca Provera who matched Roberto’s knowledge of music and technology. Luca got involved with music at a very young age by building his own recording studio and becoming familiar with the technicalities of making music. Luca utilized computers, mixers, samplers, and keyboards to launch his career as a producer and sound designer; employing both digital and analog equipment.

In this course for FaderPro in partnership with Glasgow Underground, The Cube Guys show their entire production process from start to finish and create a club-ready track start to finish.

The Cube Guys Track From Scratch