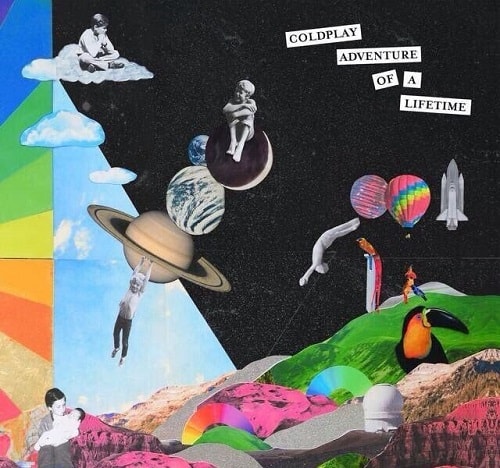 “Adventure of a Lifetime” is a song by British rock band Coldplay. It was released on 6 November 2015 as the lead single from their seventh studio album, A Head Full of Dreams (2015).

“Adventure of a Lifetime” reached number seven on the UK Singles Chart and number 13 on the Billboard Hot 100. It also reached the top 20 in a number of countries, including Australia, Austria, Canada, Czech Republic, France, Germany, Ireland, Italy, the Netherlands, New Zealand, and Switzerland.

Writing for Idolator, Bianca Gracie and Robbie Daw rated the song 7/10 and 8/10 respectively, stating that the song is “incredibly vibrant in an almost childlike, blissful way that gives such an energetic rush” and that it is “the best Coldplay single in seven years”.Rolling Stone ranked “Adventure of a Lifetime” at number 41 on its year-end list to find the 50 best songs of 2015.

The official music video was directed by the band’s long-time collaborator, Mat Whitecross. It was released on 27 November 2015. The concept for the video was hatched after Coldplay frontman Chris Martin and British motion capture expert/actor Andy Serkis met on a plane and discussed ideas. It took about six months to make the music video.