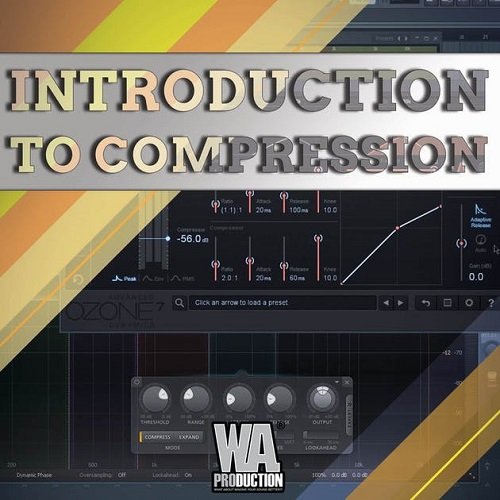 Welcome to Introduction To Compression audio course by Brandon Gono. Here is what you will learn from the included Videos:

A compressor is effectively a fader that you can program so that it wiggles around in real time. The beauty of it at mixdown is that you can combat undesirable signal level variations that would otherwise prevent an instrument from maintaining its position in the balance.

A supplementary video that shows how we can use compression to improve the mix.

Another supplementary segment that shows how multiband compressors are used on a song.

One variation on the standard compressor usage paradigm is to use multiple compressors on the same sound, chained one after another. This is called “serial compression,” and there are plenty of situations in which it’s a good idea. Often several compressors working as a team can get the job done better than one compressor.

Some compressors offer a “sidechain” input. This is a secondary audio input that allows you to use a signal other than the input signal to control the action of the compressor. This second signal is called the “sidechain signal.”