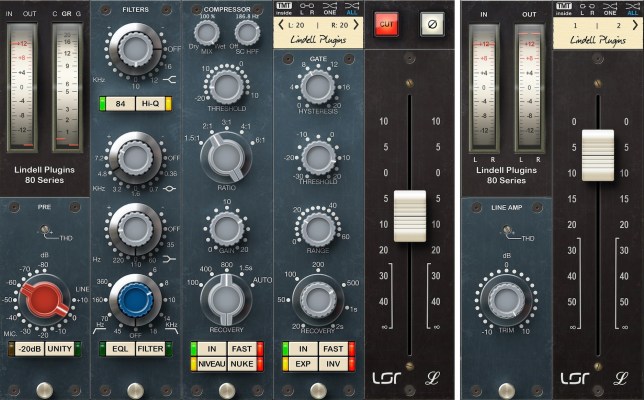 In 1968 the classical 2254 compressor / limiter was built for ABC to make their television broadcast sound better. It later with the E revision became an industry standard studio compressor that you’ve heard on countless hits.

The Lindell 354E is a multiband model of the most famous vintage diode bridge compressor, the Neve 2254E, precisely replicating its distinctive behavior and rich sonic character in each of its three bands. But in practical use, the 354E really is two compressors in one: Turn on its Nuke mode to radically shape individual tracks, and turn it off for lighter, more nuanced compression when mastering or for surgical mixing. Both modes yield the same lush coloration and smooth presence that made the 2254E one of the most revered and highly sought after compressors in the world.

The Six X Five Hundred is a mono/stereo channel transformer coupled Preamplifier and Passive 2 Band Equalizer. The Preamp is an all discrete design based upon our hybrid amplifier.

This plugin emulates the UE-100® tube equalizer, a studio classic from the 60s that has become very rare and expensive these days. Its circuits contain 14 tubes and weight no less than 25kg !

The Lindell TE-100 plugin brings all the analog character and versatility of this unit directly in your DAW.