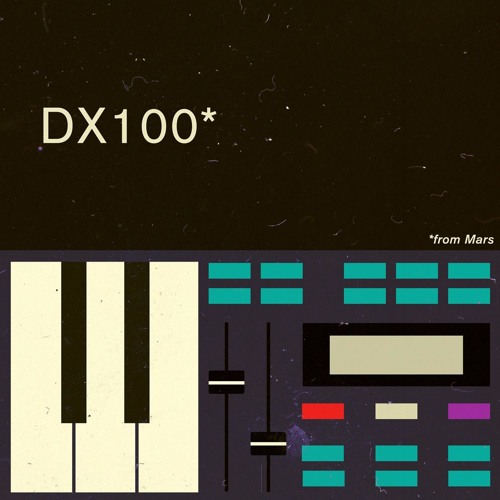 The DX100 is 80s FM Synthesis at its Grittiest
The Yamaha DX100 is a miniature FM synth from the mid 80s. It’s similar in sound to the famous DX7 but grittier and tougher, due to its overdrive-able DAC. In fact, it has a similar vibe to the SP-1200. It is the sound of early Detroit techno (specifically the Solid Bass patch), Roger Troutman’s talkbox (the Hard Brass patch), countless 80s Lynch-esc soundtracks, hotel lounge vibes and so much more.

Because of the nature of FM synthesis, the DX100 is capable of many sounds that analog subtractive synthesis simply is not: hard bodied bass, dirty FM rhodes, fake brass, Seinfeld bass, metallic bells, clavinets, helicopters, bird chirping and more. So if you’ve been collecting all sorts of analog sounds the DX will really stand apart and cut through your mix in the best way possible. Plus you can add a strap, play it like a keytar, and look like a boss.

The Sampling Process
We captured presets (despite what people say, there are some great ones) but also programmed the synth by hand, extending envelopes where neccesary, changing algorithms and modulations. For processing we were quite minimal, using API and Neve preamps with no EQ or compression. A few patches we saturated the hell out of, making the resulting FM sounds darker and more brash. We multi-sampled various frequencies of the carrier oscillator – creating strange harmonic structures and metallic overtones. So for something like the Solid Bass patch, the harder you play it, the harder and more metallic it sounds.

The Benefits of Samples
If you’ve tried any DX100 software emulations out there, you’re missing what makes this synth so special – that dirty and super characterful analog to digital converter. These samples definitely capture that vibe. And because this synth is digital, these software instruments sound closer to the real deal than any other synth on this site.