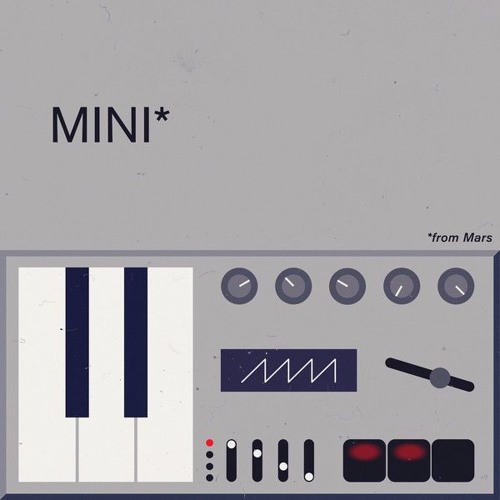 The Mini is Distinct, Analog and Undeniably Modern
We sample a lot of synths on this site, and they’re mostly vintage, expensive and rare. The Mini isn’t any of those things – we chose to sample it because you can get sounds these older synths just aren’t capable of. And unlike most of the other modern analog stuff, the Mini isn’t trying to mimic anything from the past – it has a completely distinctive voice that’s both futuristic and nostalgic.

Synth Architecture
Somehow this synth is feature packed but feels uncomplicated, versatile and fun. It’s a 4 voice VCO analog synth and with 4 LFOs (one per voice) you can get beautiful phase drift. Combine that with cross modulation, pitch modulation, linear FM and motion sequencing and you’re on your way to some seriously cool patches (as one user said, it “nails that Detroit sound” quite well).

The Recording Process
Almost all of the patches we made were created from scratch, with the exception of a small handful of presets (shoutout to Jimmy Edgar) that we modified to taste. We multi-sampled the synth at different filter settings, captured the results of the motion sequencer and utilized all of the voice modes along the way – poly, duo, unison, mono, chord and delay.

Our goal was to provide a rich, analog palette ranging from the simplest, most straight forward patches to the most oddball FX. We used a high end inductor style analog EQ to add more low mids, and incorporated some saturation (solid state and tube) to give an added boost where necessary. Overall this gave us a more “professional” sound than the synth out of the box.

Once recorded, we added an extensive amount of programming in Ableton, Kontakt and Logic to give the sounds added depth and modulation possibilities. The demo showcases the variety of vintage and modern sounds this instrument is capable of and includes patch demonstrations from Ableton, Kontakt & Logic.