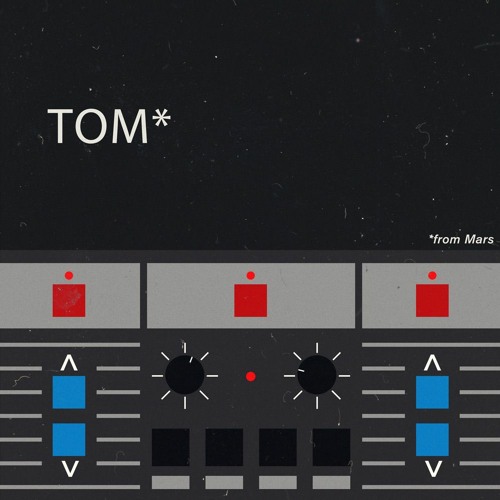 Factory & Custom Drums From the Drumtraks Younger Brother
The Tom, also known as the Model 420 ( 😉 ), is an 8 bit drum machine released in 1985. It is the younger sibling of the Drumtraks, and offers up the same style of crunchy, early digital drum sounds that we’ve come to love. It is an 80s funk machine in a small, lightweight package.

The Factory Drums
The factory drum sounds are likely sourced from an acoustic kit, and sound similar to the Drumtraks, but while the Drumtraks likely stole samples from its predecessors, the Tom’s samples are seemingly original – closest perhaps to a DMX, but more Lo-Fi.

Regardless, the kit just SMACKS and is great for less obvious, semi-acoustic sounding drum machine sounds. We captured 16 of the original sounds, at all 32 pitches, cleanly into our API console and Apogee Symphony MKII.

The Custom Drums
But while the factory drums are great, they can only take you so far. So we loaded our TOM with custom EPROMs, starting with like-minded machines like the LM1, Lindrum, Drumulator, 727, DMX, and DX, but eventually grabbing analog sounds like the 808, 909, CR78 and more). We also sampled a bunch of percussion and FX, ranging from standard to downright quirky, but still useable.

We selectively processed hits with EQ, compression and saturation, and again captured all 32 pitches for each voice. These custom drum sounds comprise the bulk of the TOM From Mars.

The Tom’s Charm
The charm of the TOM comes from its primitive, digital conversion that adds strangle harmonics and dirt to each sound. Combined with a wonky pitch system (these are definitely not semitones!), the results are classic drum machines with a strange twist. An extra flavor that helps the hits stand out, punch through a mix, and probably have people asking you – “How’d you process those drums?”

What You Get
In total we captured almost 4,000 TOM sounds – that’s 121 unique hits, at 32 pitches each. But don’t stress – we broke this down into 14 pre-made, easily digestible kits comprised of 16 sounds each.

This is a machine that’d been on our wishlist for a while, and I’m really happy to finally make it available for everybody.