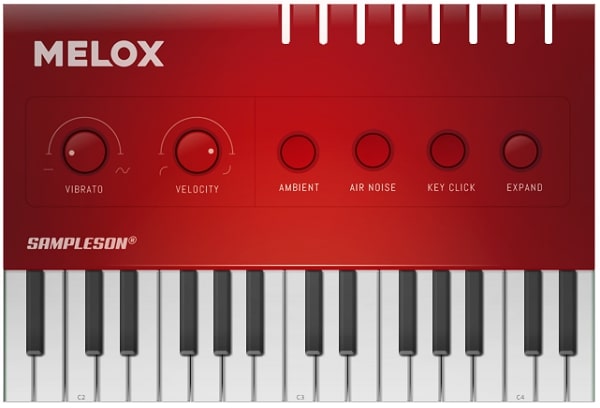 State of the art Melodica. Offering Stereo and Binaural modes.

Melodica never was taken seriously until today. You won’t find a professionally sampled one out there. This is why we made the first Studio-Grade Melodica. Adding a layer of scripting we recreated the expressiveness of a real instrument, including release velocities, noises, key clicks, air sound, and mechanics. Also we made it Binaural for increasing realism. Listen to the demos to see what’s Melox Pro is able to do.

We’ve capturer everything from a melodica. Even the key noises and air sounds. And we captured articulations from real playing. Meaning we play a song along (Autumn Leaves in fact) and we stop playing on every note we want to capture as a new articulation. This technique makes MELOX Pro Melodica sound like a real one.

Melox Pro is perfect for soloing and also for chord playing. We fine-tuned it until it sounds like no other one. Perfect tuning, fast attack, expressive releases and no chasis vibration.