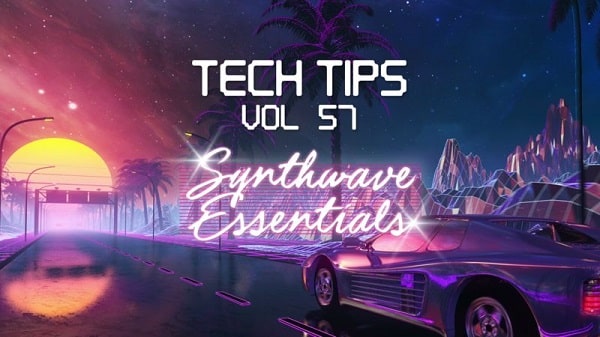 Ever wanted to get into creating some Synthwave tracks but not 100% sure where to start?
Well, it’s time to hop into your chrome Lamborghini and take a cruise through a wire-frame graphic city towards a neon sunset as Bluffmunkey’s here with his Tech Tips on some Synthwave Essentials to get you up and running!

Over these 10 videos, we cover everything you need to know from the concept of what Synthwave is all about, the synths, samplers and drum machines used to get the right sounds, how to create your own sounds from scratch and using the right effects, to building your own awesome 80’s sounding tracks.