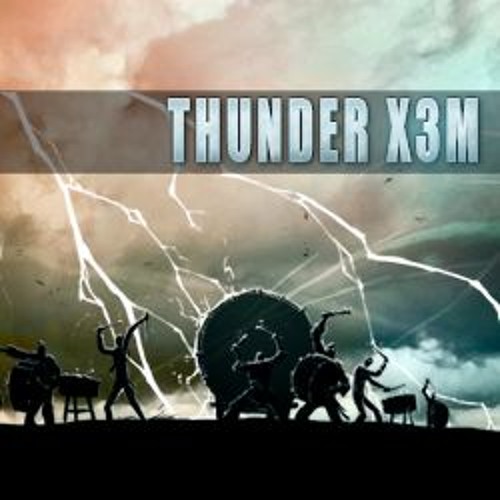 The epic conclusion of the Thunder Series: Thunder X3M – 16.000 samples of total percussion madness! Featuring a complete overhaul of previous volumes and a massive amount of fresh samples wrapped together in a brandnew highly intuitive Percussion Engine.

The concept behind the original Thunder Series was to capture unique instrument combinations playing live – on-set mixture between timpani and toms, between Bulgarian tupans, snare drums and many more. The series was held in high regard and after some further experiments with the second volume, the third installment even featured a 15 men percussion ensemble recorded in a big hall playing together!

THUNDER X3M takes all three previous editions of the Thunder Series and breathes new live to the sample material by implementing a powerful engine that allows the user to manipulate and map the samples. This, along with a massive amount of brandnew recorded samples, opens vast
musical possibilities for every composer out there! The complete Thunder Series has been recorded with multiple Dynamic layers (up to 10) and Round Robins (up to 27 per sound).

The concept behind the new Thunder engine is fairly simple – the keyboard range is divided into 12 zones that you are able to assign different sounds to. After making the template of your choosing just plug in and play – nothing else needed!

In addition to that the engine also allows you to tweak individual zones, as well as the whole mapped ensemble patch with various effects, mic positions and two custom vintage analog hardware chains. Combining these with the natural and organic recordings you have maximum flexibility when it comes to sound.

Once you load up the Thunder X3M Ensemble Builder you automatically load all samples inside the “Samples” directory. However, the instrument is built in such a way that it actually keeps all samples purged, unless you load them up into a zone. This means that not only you have a single patch with all types of percussion you might need, but it is also optimized and doesn’t hurt your RAM ressources in any way!