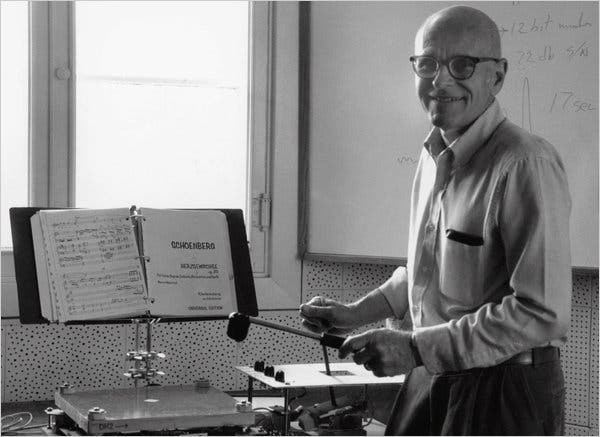 The computer is rapidly supplementing the electronic sound studio as an effective sound source and M. V. Mathews is the pioneer and authority in the increasingly important field of generating and processing speech and music through computers.

The book is intended for people who now employ or are planning to employ the computer in sound-generation and processing: engineers and scientists concerned with speech and acoustics as well as musicians and audiologists working with sound synthesis and the production of speech or music.

The general technology of generating and processing sound by computer is covered in the first section of the book, and although understanding the subject does not depend on a knowledge of mathematics, special mathematical sections and an appendix will provide the interested reader with the main mathematical relationships underlying the discussion.

Chapter 1 covers some fundamentals common to all computer sound processing: the representation of sounds as numbers; the underlying processes of sampling and quantizing a sound wave; the approximations and errors which are inherent in sampling and quantizing; the operation of digital-to-analog and analog-to-digital converters; the construction of smoothing filters; the storage and manipulation of sound waves in numerical form. This chapter also provides an introductory look at computer programming for sound processing which is the central subject of the rest of the book.

Specific tutorial material aimed at training the user in one particular sound generating program – Music V – is given in the second section of the book. The material assumes that the user has a working knowledge of Fortran and of the general functioning of a computer – arithmetic, memory, input-output, and programming. Relevant reference works are cited at the end of the chapter for those who require greater knowledge of these operations. Section Three contains a detailed description of the operation and structure of the program for Music V. Because it is written in Fortran IV, Music V is easily adaptable to a wide variety of computers. This section also contains reference material for users of Music V and source material for those who desire more fundamental knowledge of a sound generating program in order to write their own program.

An appendix discusses the relations of psychoacoustics to the composition of music by computer.