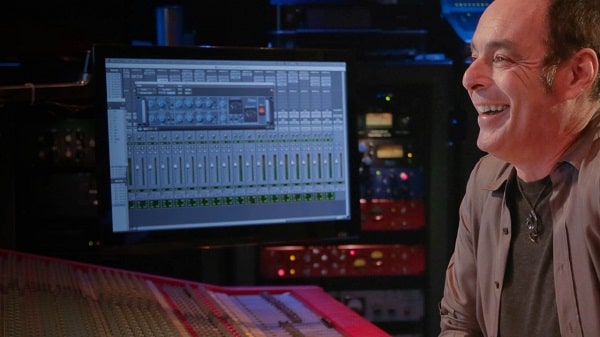 Join us for a look inside the track with rock mixer extraordinaire Tom Lord-Alge! Hosted at his very own Spank studios in Miami, this series focusses on Tom’s hybrid mixing techniques and general approach to projects. The session at hand is of the raunchy single ‘Give It Up’ by Canadian band The Beaches. TLA plays the rough mix, gives his opinion on what could be improved, then dives into his mixing workflow that is ‘in the box’ apart from SSL console EQ, summing, and mix compression.

He demonstrates his way of blending drum samples, recreating the lo-fi vocal aesthetic of the rough mix, and increasing perceived loudness with the SSL Quad compressor. Tom also explains why he avoids certain common workflows, compares stereo compressors, and plays his mixes with and without analog processing!

Inside The Track 8 Tom Lord-Alge