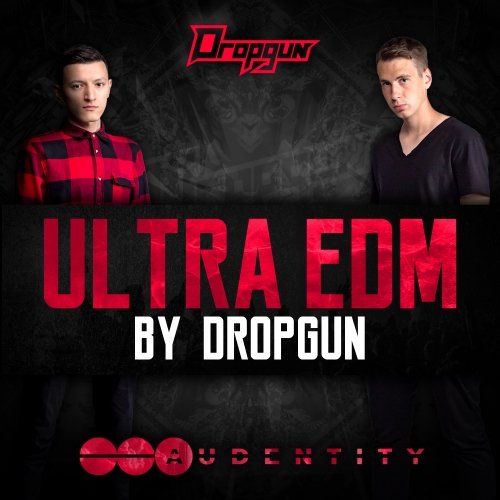 Audentity brings you our 5th Artist Pack produced by DROPGUN.

The dj/ producer duo has released many records on all the big labels like Spinnin,Doorn and Fedde Le Grands ”Flamingo” and received support from Tiesto, Nicky Romero, David Guetta, Sander van Doorn and many more.

Exclusively for Audentity they produced this brandnew EDM pack which is ultimately suitable for the festival season with 8 new full Construction Kits; 250 wav files with Presets for Massive,Spire and Sylenth and also all MIDIS. All the necessary presets & midis from the kits are in the pack,so you can change and edit everything as you wish..very flexible.

They even included the fx presets for some of the main sounds,so you get as close as possible to the sounds of the kits / demos.

As if these 8 HIT Kits were not enough they also decided to give away a full bank with exclusive DROPGUN drum sounds such as Kicks,Percussion,Hi-hats and Claps.

Whats very unique about this pack is that DROPGUN produced brandnew Melody,Bass and Chordloops + 8 full Construction kits which are basically 8 new songs!

Whats in the pack: