Dawn of the DAW: The Studio as Musical Instrument PDF 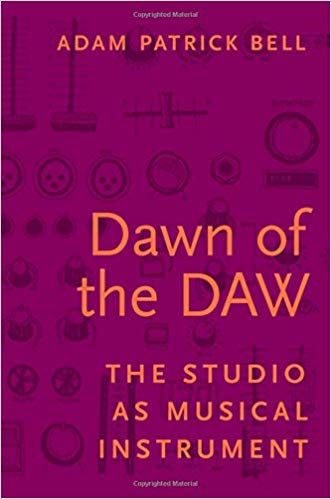 Dawn ot the DAW tells the story of how the dividing line between the traditional roles of musicians and recording studio personnel (producers, recording engineers, mixing engineers, technicians, etc.) has eroded throughout the latter half of the twentieth century to the present.

As audio production skills such as recording, editing, and mixing are increasingly co-opted by musicians teaching themselves in their do-it-yourself (DIY) recording studios, conventions of how music production is taught and practiced are remixed to reflect this reality.

Dawn of the DAW first examines DIY recording practices within the context of recording history from the late nineteenth century to the present.

Second, Dawn of the DAW discusses the concept of “the studio as musical instrument” and the role of the producer, detailing how these constructs have evolved throughout the history of recorded music in tandem.

Third, Dawn of the DAW details current practices of DIY recording–how recording technologies are incorporated into music making, and how they are learned by DIY studio users in the musically–chic borough of Brooklyn. Finally, Dawn of the DAW examines the broader trends heard throughout, summarizing the different models of learning and approaches to music making.

Dawn of the DAW concludes by discussing the ramifications of these new directions for the field of music education.