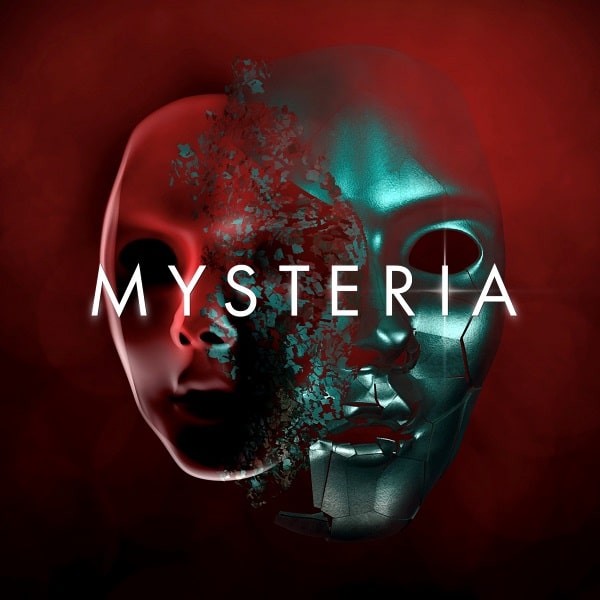 MYSTERIA is a one-of-a-kind cinematic instrument that captures the human voice’s unique ability to convey unmediated emotion. Play unusual and arcane textures live, and use an otherworldly mass of choirs, vocals, and textures to create high-tension shifts, angelic transmissions, and soaring transitions that are imbued with the innately human. MYSTERIA harnesses hours of specially-recorded choirs, curated to convey the entire spectrum of human emotion – from the intimate to the sublime.

Morph between vocal layers on the X-axis, and increase their emotional intensity on the Y-axis.

straight in with over 350 master presets made up of 600 layers from over 800 sound sources, each designed for specific emotional impact.

Tweak each voice in a cluster for meticulous fine-tuning and screen-ready effects, or create chords and tonally-playable transitions.

Sculpt with six modulatable effects, plus EQing, a convolution reverb for intricate soundscape creation, and REPLIKA built in.

Lay down the finishing touches with equalization, saturation, and compression, as well as an adjustable response curve.

Fine-tune your sound with pitch, envelope, and fade controls, mix selection, and different sound sources for each layer. 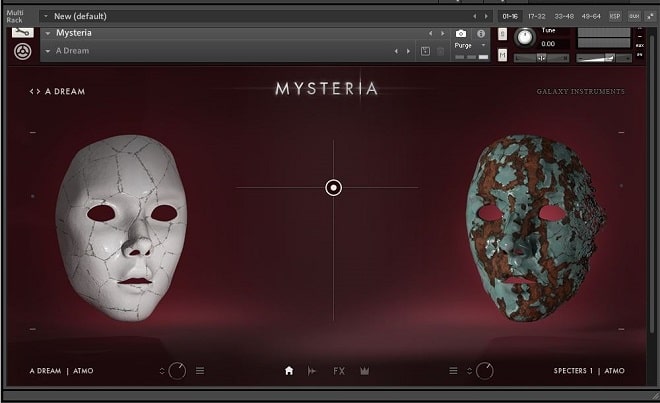 The X-Y control forms the centerpiece of MYSTERIA. While the X axis morphs between the sound sources, the Y axis increases the emotional intensity, depending on the sounds you’re using. It means creating everything from continuously evolving atmospheres, to quick bursts of energy, intimate vocal shifts, and epic, building walls of sound, can be done with a single intuitive control.

Atmospheres are evolving textures which can be used to develop shifts in intensity and emotion. Play through over 350, carefully-designed master presets, or dive into the details and create custom layers piece by piece from over 800 individual sound sources. Blend, modulate, and tune them to the mood you need, then jump back into performance mode for live control and straight-to-picture scoring. Adjust the way sounds blend and layer for full control over how they develop, or use the randomizer for a more explorative approach to finding the perfect mood.

The cluster designer is an in-depth tool for granular control over voices in a tonally-playable cluster. Change the way certain sounds build, melodically shift, and evolve using the X-Y pad, or even build chords and musical groupings for an additional layer of expression. Choose from editable presets, or build your own from scratch with up to eight voices that can be individually tuned and panned. The three modes of playing them – Glide, Add-on, and Parallel – each treat the cluster in a different way for different sonic effects.

The sounds that give MYSTERIA its voice were recorded in meticulous detail over more than 45 hours of studio time with some of Europe’s finest vocal choirs in Bratislava and Cologne. Sessions included a large symphonic choir for epic and intense clusters, which was also divided into male and female choirs. A chamber choir produces more transparent sounds, and a New Music vocal quartet lends an intimate, human proximity to some of MYSTERIA’s more subtle sounds.

Take a step-by-step look at MYSTERIA and how it works – from the basic concepts behind the instrument, to diving deeper into creating and controlling sounds. Creator Uli Baronowsky shows you everything it can do as he deconstructs his soundtrack to the MYSTERIA trailer.

MYSTERIA was produced in collaboration with Galaxy Instruments. Founder Uli Baronowsky and his team have previously partnered in the creation of THRILL, UNA CORDA, RISE & HIT, NOIRE, THE GIANT, and THE DEFINITIVE PIANO COLLECTION.

KONTAKT version 6.2 and higher is required.