iamhill – Nobody Wants To Be My Friend Sample Pack 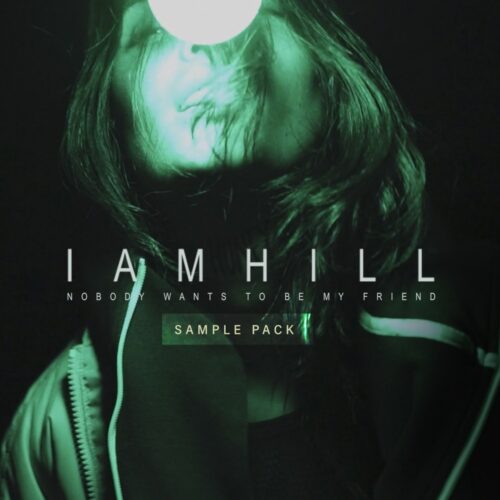 iamhill – Nobody Wants To Be My Friend WAV

hill, 32, likes dad jokes and long walks on the moon.

We are  proud to present iamhill, releasing her dynamite album “Nobody Wants to be My Friend” on the new imprint.Music.

But we are  doing something different…

Not only is iamhill’s new album coming out worldwide on all platforms (Spotify, Apple Music, Beatport, etc), but you can grab the sample pack made entirely from the songs elements! As the first of its kind, this allows the listener to dive deeper into an Artist’s production and creative universe, allowing them to use the music elements to write songs of their own; entirely royalty free!

First, let’s get started with a little backstory about hill of iamhill.

hill is a Canadian writer, producer, and multi instrumentalist. Upon releasing her debut album as ‘iamhill’ in 2018, she was immediately climbing viral Spotify playlists (such as Young & Free and Canada Viral 50, not to mention being featured on Spotify Canada’s New Music Friday playlist three weeks in a row) to over 200k streams. This lead her to traveling around the globe to write songs with new producers and artists, and working as a topline writer for Ultra Music from 2015-2021.

The collaboration you hear on “Nobody Wants to be My Friend” is with Mike Schlosser, who is a producer, songwriter, mixer, and multi-instrumentalist. His work has been recognized by the West Coast Music Awards and the Canadian Songwriters Association. He has produced and mixed albums for “the Iranian godfather of indie rock” King Raam and Polish pop icon Cyzon . The Cyzon song, “Shockwaves”, that he co-wrote with her was broadcast live on Polish TV to over two million viewers and won the Carpathian International Songwriting contest.

As you can see, these two know what they are doing; the last album they collaborated on was JUNO nominated in 2019. Now comes the good part: with this release, you can get that ‘iamhill’ sound into your own productions!

Inside the sample pack are complete vocal selections and song elements as loops and one shots cut from the original songs on the album. Entire vocal stems and acapellas along with drums, bass, synth, fx, ensembles, full song stems, and so much more. This monster pack weighs in at over 4 gigs unzipped! You also have the choice of CLEAN or ORIGINAL vocals…this pack has all the profanity you need, but we’ve got you covered with clean versions in case your grandma listens to your music too!

So without further ado, we bring you iamhill “Nobody Wants to be My Friend”, and the original sound library created from the songs.

** iamhill requests that you not use her name in the branding of your music, track credits, title or artists names (such as featuring or remixing of)

** all sounds, samples and loops purchased in this pack can be used royalty free for your own music.